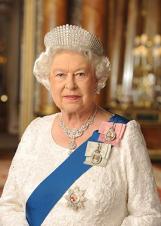 Condolence Letter On The Death Of The Sovereign

As we learn of the sad news that Her Majesty Queen Elizabeth II has passed away, the thoughts of the people of Kettering are with the Royal Family as they grieve for their Mother, Grandmother and Great-Grandmother.

The Queen demonstrated extraordinary dedication and commitment to duty throughout her Reign and did so with a graceful strength and admirable determination. She ruled throughout decades of change, from the dark post war years through to the new horizons of the 21st century, providing essential continuity for the nation.

This is a period of public grief when people who do not know each other come together to mourn a national figure who has been consistent throughout our lives and for whom we have collective affection despite not knowing her personally.

We pass on the deepest condolences of the residents of Kettering Town Council to HM King Charles.